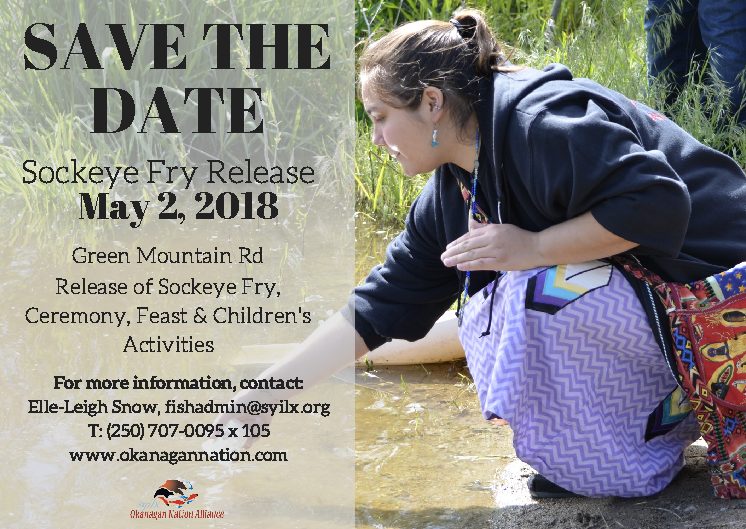 This ceremonial release of 10,000 Okanagan Sockeye fry takes place by members of the Syilx/Okanagan Nation and over 430 students from local schools so that kł cp̓əlk̓ stim̓ (cause to come back) will continue. These fry have been raised as part of Okanagan Nation Alliance’s (ONA) Fish in Schools Program along with fry from the hatchery. ntyitix (salmon) is central to the Syilx/Okanagan peoples creation stories and through the captikwl (oral history), passed down through generations; it is our responsibility to be stewards of our lands and waters. These ceremonies with our language, songs and prayers are an integral part of the work that we continue, to ensure our efforts to revitalize our culture. For thousands of years these ceremonies and customs have been brought forward for our children. 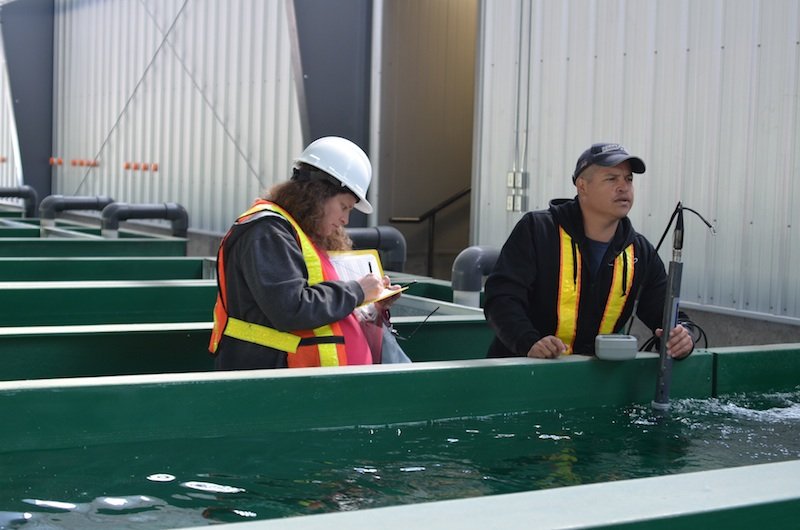